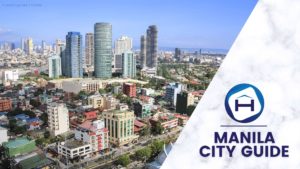 The city of Manila serves as the Philippines’ capital and most prominent commercial and financial hub. As the country’s economic, political, social, and cultural nerve center, the city serves as a hub for all of these activities. From the hectic traffic to the new and growing developments here and there to the urban mobility of daily life, Manila is constantly in change. As well as being a major industrial center and a gateway to the world, the city is also home to a wide variety of residents, both natives, and newcomers. Although the city has become a modern metropolis, it has maintained its old-world grandeur. You’ll be mesmerized by the enormous buildings, shopping malls, historic landmarks, and other structures if you visit Manila.

Maynilad, the city’s original name, is derived from the nilad plant, a strange, stalky rice-like plant with dazzling white and yellow blossoms that previously flourished along the river’s banks. The name was abbreviated to Maynila and eventually to its current form. The City of Manila, which is bisected by the Pasig River and bordered by Manila Bay, has played an essential part in the Philippines’ history, constantly functioning as a trading and political hub. It served as a rallying point for anti-Spanish sentiment before becoming the US administration’s headquarters. It was the site of the Battle of Manila Bay and, eventually, the permanent seat of the national government. It was also the scene of the most crucial moment in Philippine history: the People Power Revolution, which toppled the late dictator Ferdinand Marcos’ regime. 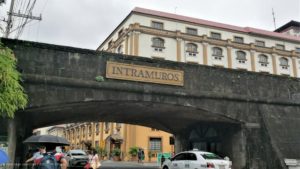 Because it served as the capital of the Spanish East Indies from the 16th century until 1898, Intramuros boasts spectacular colonial architecture in churches, courtyard mansions, and administrative buildings. Like many other historic colonial towns, Intramuros exudes the strangest sense of a European city center. There are a lot of places you can visit on Intramuros, but don’t miss Fort Santiago, the oldest Hispanic stone fortress, the Manila Cathedral, and the Instagrammable Casa Manila. You can tour Intramuros in various ways, take a walk, a calesa, or a motorized tricycle tour. 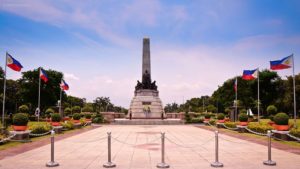 One of Manila’s most popular tourist attractions, Rizal Park (also known as Luneta Park), is a historical urban park located in the city’s center. It’s one of the country’s most important sights and should not be missed by anyone visiting Metro Manila. Not only can you spend time with loved ones in the park, but the 58-hectare site will take visitors back in time to the Spanish era and into modern-day Philippine history.

The National Museum of the Philippines, the old walled city of Intramuros, Manila Ocean Park, and the National Library of the Philippines can all be reached from Rizal Park. As a result, a trip to the park will also allow you to see some of Manila’s most popular attractions.

Try Not To Get Lost in Divisoria 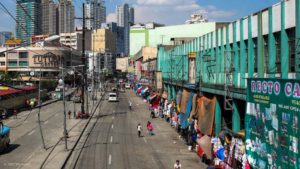 Explore the maze of Divisoria in Manila

Explore the maze of Divisoria and emerge victorious, finding everything from textiles and cooking utensils to garments and accessories at surprisingly low costs. Do you find yourself overwhelmed by the city’s sights and sounds? Go to the 168 or 999 shopping complexes, which both include air conditioning and food courts, for a well-deserved rest after an eventful day spent shopping for great deals. Remember, go to Divisoria in your most comfortable clothes and be prepared to negotiate! 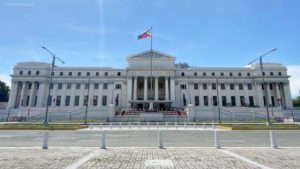 Museums in Manila will introduce you to the Philippines’ history, arts, and culture. In addition to sightseeing, historical, and cultural attractions, museum excursions in the Philippines are ideal for family vacations. Rizal Park (also known as Luneta) is considered Manila’s historical heart. The National Museum Complex, which consists of four buildings, each housing a different set of exhibitions, is located in its neighborhood. Aside from the National Museum of Manila, there are a variety of exciting and modern museums that will appeal to both children and adults. If you enjoy visiting museums, Manila is a fantastic city to visit. 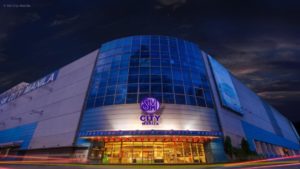 The finest malls, marketplaces, and stores in Manila

The finest malls, marketplaces, and stores in Manila are on the list of shopping destinations in the Philippines’ capital city. Manila is on pace with most Asian capital cities, such as Bangkok or Singapore, with ultra-modern shopping complexes and street markets close behind in terms of retail choices. There are plenty of options for food and drink and things to see and do, even if you’re not much of a shopper in Manila’s most popular shopping districts.

For party-goers, nightlife in Manila is a great way to get a taste of the city’s passion for music and fun. The Philippines’ capital city is a sprawling metropolis with nightlife options to suit just about any style of a night owl, from raucous dance clubs to live music bars. If you’re hoping to experience some of the city’s most popular bars and pubs in one night, there are even pub crawls that allow you to do just that. 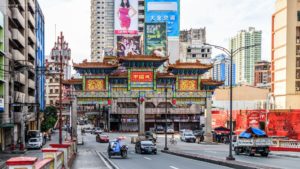 Binondo is one of the best spots to go restaurant hopping. Binondo has something for everyone, from history buffs to foodies to shopaholics. The district in Manila, known as the world’s oldest Chinatown, is home to several shops and buildings kept for decades.

Binondo’s streets are home to both upscale restaurants and hawker markets. Other than the well-known Chinese staple cuisines found throughout Manila’s historical districts, restaurants serve food from around the world and from the Philippines. If you are craving dumplings, Binondo has various options available.

The majority of restaurants in Binondo neighborhood are open year-round, so whether you’re planning a Chinese New Year celebration, looking for unique vacation packages for couples, or just looking to have a good time, you’ll have a wonderful time in Binondo.

How to Get to Manila City

Manila is a big city, and there are different train stations that are under Manila City. So, since Luneta is near major tourist destinations such as museums, parks, and historical places, we will focus on how to travel to Luneta. If you plan to visit Luneta, the nearest LRT Station is United Nations (U.N.) Avenue. This will be the commencement of Luneta/Rizal Park. Luneta is surrounded by the Relief Map of the Philippines and Quirino Grandstand on both of its ends.

Since Manila has a lot of beautiful tourist spots, for a detailed walkthrough of how to get to specific places, You can consider Angkas or Joyride. This motorcycle-hailing platform has been operating in Manila to beat the traffic.